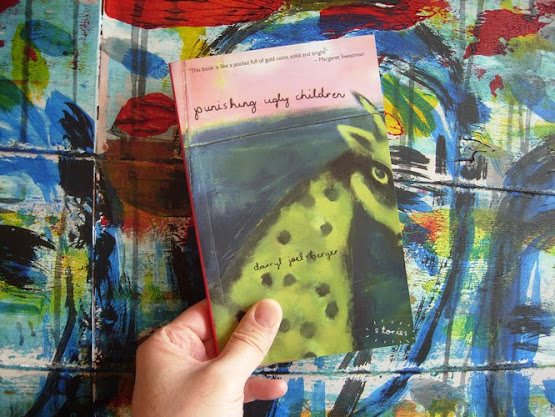 How nice it was, to see Ian Colford's review of my book in the current issue of The Fiddlehead. I have a special fondness for this New Brunswick magazine; it was the first outfit I ever sent my writing to -- a wee poem, called "The 7 of Cups" -- and it was, somehow, wondrously, accepted for publication. This is easy! I thought, for about five minutes, or until I sent the next thing out. (I've had poets tell me that they *hate* me for that anecdote, but then I tell them that I very quickly got out of the verse business, when I realized I didn't possess the necessary brain voltage.)

Anyway: it's a very kind review, packaged with two other collections (R.W Gray's Crisp and Light Lifting by Alexander MacLeod) and the general premise that there is hope yet for the short-story form. Some excerpts ...

Quirky does not even begin to describe these stories, which, though they take place in a world recognizably our own, depict that world through a series of skewed, sometimes diseased, perspectives that twist reality into odd shapes and leave it bruised and bleeding on the ground. There is an unfiltered rawness to Berger's writing that is disorienting at the start but which, as we read further, becomes almost familiar, almost consoling. Eventually, in the world he sets up, the bizarre becomes habitual: we expect China to invade India. We expect the bombs to fall.

Berger writes like an anarchist plotting mayhem, his stories routinely deviating from the norm, venturing into uncharted territory where they live or die on their own terms. At their best, the stories break with tradition in a manner that seems not only natural but inevitable, and the reader finishes them with his mind open to new possibilities. When Berger fails, it's often because he's stretching an already thin premise beyond the breaking point or too obviously trying to shock the reader into submission. But this does not diminish the triumph that Punishing Ugly Children represents. This book adheres from start to finish to its author's bracingly fresh and idiosyncratic vision. Adventurous readers will want to pick it up, if only for the thrill of getting in on the ground floor or something new and strange.

So there you have it. Probably the last review I'll see for this title, so I thought I'd make a splash of it. Also: buy the book! For Christmas! And if you order it from me, I'll tuck in all sorts of other good things, like fridge calendars or art cards or who knows? It's a surprise!

Okay. Thanks and everyone have a good weekend.
Email Post
Labels: one last kick at the can punishing ugly children 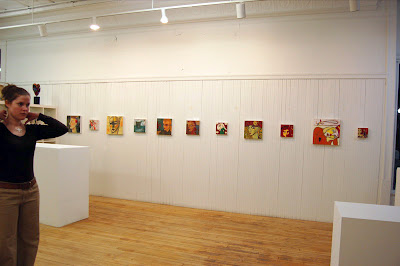 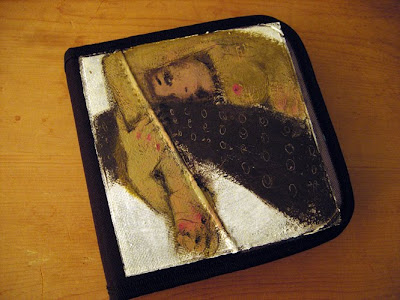