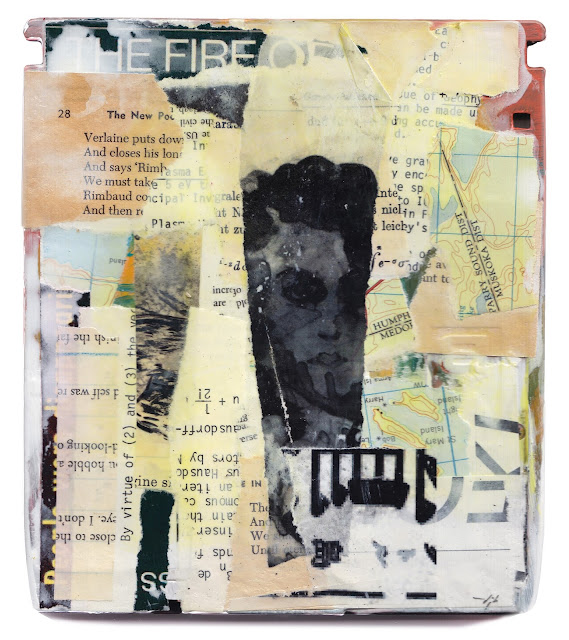 A very warm and humid airmass will remain over the area today. Afternoon humidex values in the upper thirties to near forty are expected. It will be cooler near some lakeshore areas.

Is "airmass" one word now? Extreme humidity was invented by God, of course, to torture big people and Southerners and desperate single mothers on metaphor-infused, cross-country bus rides. This God being a mad wizard in a crumbling tower in a desiccated forest, something between Fagin and Michael Caine's conspiracy-addled hippy in Children of Men.

Well ... how often do you find ice-cold, long-abandoned sinks of desultory grease-sudded water and dirty dishes? Are you ever in the middle of making a meal when someone just has to reach past your face to get that special glass, or decides that now is the time to start putting away the dishes that have sat in the drying rack all day? Do you ever find weird and ominous piles of things on the counter, like wet but perfectly folded tea towels, or dirty napkins, or a screwdriver set, or a single nail, or a tax receipt from three years ago? Do you ever find little bowls of egg shells or tortilla chips in the sink, perhaps with a crumpled paper towel on top? Or a broken wine cork? Is your refrigerator a bizarre junkyard of half-full water bottles, half-eaten bananas, almost empty cartons and extremely suspect pasta sauces in unmarked jars? Do you find tiny pieces of cheddar in gigantic tupperware containers that take up entire levels? Is the minced garlic always jammed in front of the milk? Does opening the freezer mean having a hand free for whatever comes crashing out?

Does she use the kitchen scissors to open parcels and trim plants, even when you've made sure there's other scissors, just for those things, in every drawer? Does she often complain that all she does is wash dishes, all the time, which is a bit like Stalin complaining that all he does is solve problems, as he crosses names off a list?

Does anyone else find the Ontario vaccination booking system like wandering into the third act of a Cassavetes film? I think, at this point, we have to get used to the idea of badly managed things. And before you say stop complaining, let me be clear: I am not complaining. I really think this is just the way it is now, and you better find your inner Boy Scout (or Girl Guide) and prepare yourself for worst-case scenarios. Or at least dumb ones. How did we get here, and why is this happening? Let's see ... lack of investment (and belief) in public institutions, outsourcing and privatizing and their sisters of profit and corruption, the make-believe dream worlds of positive thinking and consultants, an aging but lethargically affluent workforce, individualism clouding into spectacular misrepresentation, casino-based reward systems, generalized debasement and decay. To name a few.

Close to 1.9 million people in Canada, or 9% of the adult population aged 25 to 64, live with one or more of their parents. Young men are most likely to live in the parental home: 24% aged 25 to 34 lived with a parent, compared with 19% of women in the same age group. This is bad. Ditto with the one in four British adults under 35 who still live with their parents. Also bad. But not as bad as FREE BRITNEY, which is the adult-parent relationship as a Sarah Kane play, or simply what happens when a human being is forced to blorb into pure consumer product manufactured by a toxic money machine infested by predators (or parents) — at some point, the prisoner claims she is not a number.

A building collapses in Miami. Another distant disaster flickers across the screen. Where is Tigray, anyway? Here come the locusts. Qualities of the unreal. These are the small apocalypses that happen to other people. The hysteria has a small bleating quality, collapsing time and distance. Who or what to care about. Another psychic shipwreck that will live in some lidded middle district of our memory, sputtering on the unstable data hubs called diminishing cognition. Plus Trump is holding rallies again. Why. Then you see a BBC story about unmarked graves in Canada, and the perspective is inverted.

Everyone says things have to change. We can't go back to the way things were, they say. The problem is that change requires pressure, and no one — personally, professionally, at home, at work, in physicality, in attitude, in culture, in education, in training, in resources — wants pressure. Wealthy societies in decline are especially intolerant of pressure. Don't ask questions, don't say anything negative, don't call anything by its common-sense name, don't identify the real problem, don't expose yourself to correction or risk, ignore things until it's too late to fix them ... this is the model of consumer capitalism in full decay. Again, I am not complaining. But it's useful to know where one is, on the map.

It's fine, have a good week,
djb

This week's Tinyletter is brought to you by the vanity license plates ...

Beautiful things grow to a certain height and then they fail and fade off, breathing out memories as they decay. And just as any period decays in our minds, the things of that period should decay too, and in that way they're preserved for a while in the few hearts like mine that react to them. Trying to preserve a century by keeping its relics up to date is like keeping a dying man alive by stimulants.
— F. Scott Fitzgerald

This is a copy of my weekly Tinyletter, which you can subscribe to here.

the indisputable weight of the ocean what we have here is a failure to communicate

Oh, the Places You Can Go

people to pray for